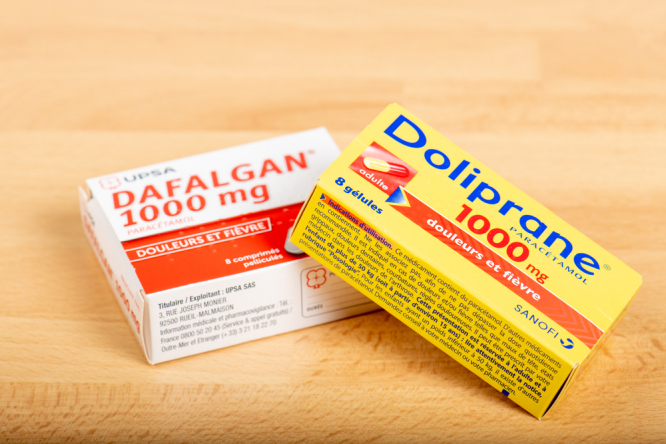 What are the French equivalents of some common UK drug brands?

An essential part of saving money is always to ask for the generic medicine using the phrase “the cheapest generic, pleasewhich can save you up to 50%.

If you do not know the French equivalent of a British remedy, show the pharmacist an empty package and ask him to look for a French product with the same active ingredient: “Is there a product in France that contains the same molecule, please??”

Very often an equivalent is quickly found and if it is not in stock they can usually get it by the next morning.

A British standby is not available – TCP, which ironically is made in France. There is no single French remedy with so many uses, so you will need to purchase individual products.

Standard items in a French medicine box often include:

Most pharmacies also stock a range of homeopathic remedies, veterinary medicines (often cheaper than at the vet) and Bach flowers, whether on display or not. You just have to ask.

Pharmacists are also trained to give basic first aid advice, which is free and can save a trip to the doctor.

For those who collect mushrooms, they will also identify mushrooms/mushrooms so you can always check wild mushrooms before eating them.

Here are some French equivalents that replace the British remedies.

Beechams, Lemsip and Night Nurse are not available, but there are many other drugs with the same active ingredients, namely paracetamol and a decongestant. Fervex powders can be dissolved in hot or cold water. Or try Dolirhume tablets and sipping warm honey and lemon.

Benylin cough syrups are not available under this brand, but there is a wide range of highly effective cough syrups available, drowsy or non-drowsy, for dry, wet or mixed coughs, with or without other cold symptoms . Using a Codoliprane tablet at bedtime is also effective against nighttime cough.

Bonjela for canker sores and sore gums can be replaced with Hyalugel or a variety of other mouth gels. Ulcers are usually called canker sores.

Calpol (paracetamol for children) is replaced by Dafalgan (from 1 month to 12 years) which contains paracetamol and is available in different formats. (The syrup has a nice caramel taste.) After 12 years people use ‘Doliprane‘ – this is the best known brand of paracetamol. Ask for the generic to save money.

Corsodyl antibacterial and disinfectant mouthwash is not available but mouthwash Eludrilperiosold in pharmacies, has the same active ingredient, chlorhexidine.

E45 cream is not sold, but Nivea hand cream in flat round cans is available even in supermarkets. Pharmacies have plenty of treatments for rough, sore or dry skin – just show your dry hands and you’ll be showered with advice and products. To try Caudalie red wine and chocolate products.

Nurofen (contains ‘Ibuprofen’) is sold under the same name, but the generic costs at least half the price.

Nicorette is sold under the same name. Various medicines to help you quit smoking are reimbursed if prescribed by your French GP, who may also recommend other aids.

Optrex is not available because it contains the antibiotic chloramphenicol. Optone however, is a range of eyewashes suitable for irritated, dry and tired eyes. If you have an eye infection requiring antibiotic therapy, before making an appointment with the general practitioner, ask the pharmacist on duty for advice.

Solpadeine contains paracetamol and codeine but no caffeine which can be replaced by “Codolipraneand Solpadeine Migraine contains ibuprofen and codeine, which is only available on prescription in France, so you will need to consult your GP.

Sudafed has been withdrawn and the most commonly used remedies are Dafalgan and saline nasal washes, specially formulated for each age.

Zovirax for cold sores (sore) is known as Activir but can be replaced by HerpApaisyl.

Dettol, Dulcolax, Gaviscon, Rennie, Scholl, Strepsilsand vicks remedies are available as in the UK. Olbas oil is available on Amazon.com

Please note that this article is intended to help readers navigate a French pharmacy. It does not replace the advice of a qualified professional and should not be used as such.

Aspen’s 1.8 billion rand sale of its six drug brands is a ‘decent…

What are the common brands of drugs?